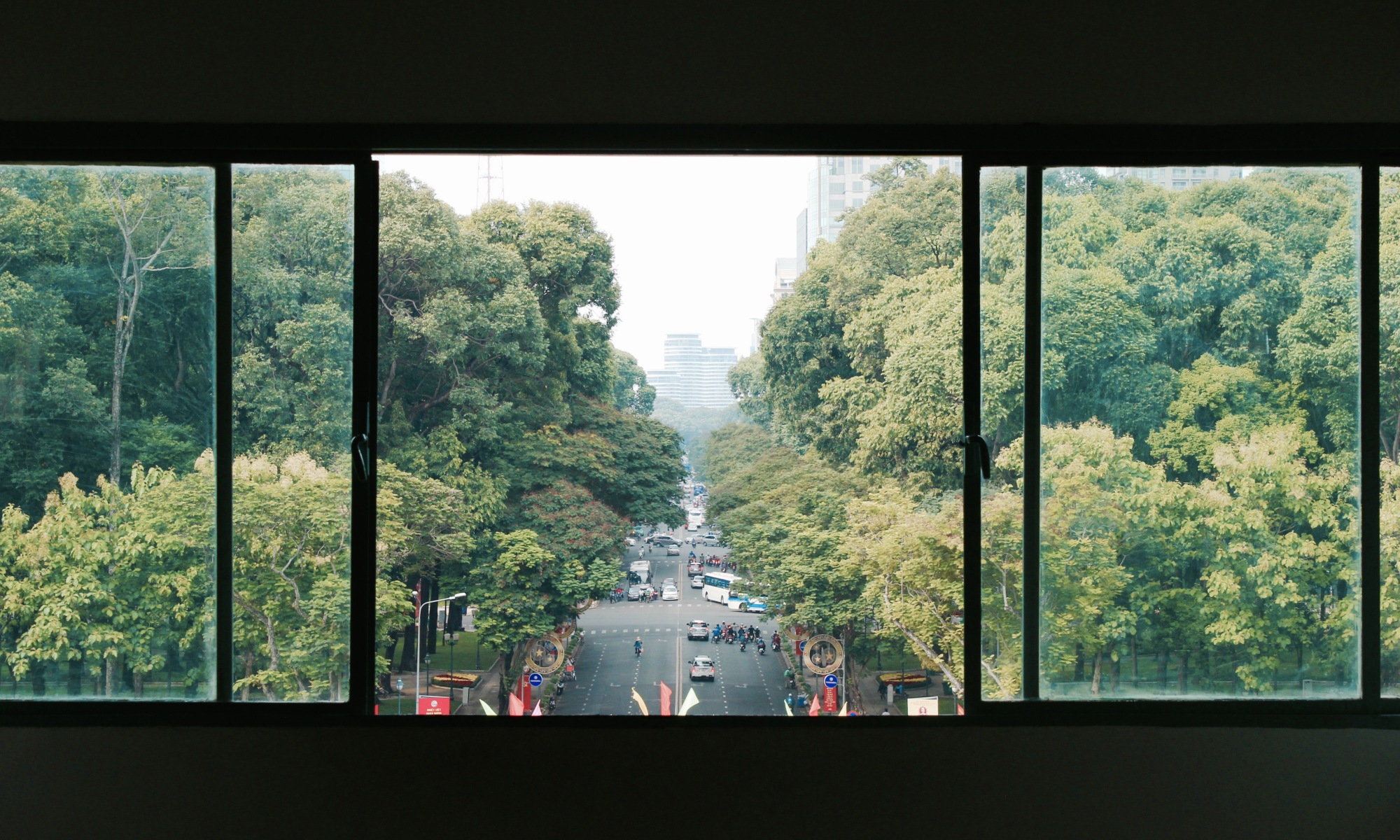 Ho Chi Minh City, previously known as Saigon and once the capitol of South Vietnam, is a cultural and historical hub for Vietnam today. Being the most developed and prosperous city we’ve been to so far in Asia, we enjoyed seeing a variety of architecture and learning about its deep and intense history at a couple of the several museums.

The most impacting experience we had in Ho Chi Minh was the War Remnants Museum. This museum has a series of photographs and war materials on display that recount the story of the ‘American War’ (Vietnam War), as the locals call it. It was devastating reading about the torture and intense struggles the Vietnamese went through fighting off their government in the South and the U.S. while trying to earn independence as a country. While there is more than one side to the story, the museum basically demonstrated the war as an aggressive attack on North Vietnam, and the Liberation movement, by the Americans.

Regardless of what the whole story may be, there is no doubt there was an unnecessary amount of damage and action taken in aggression toward the Vietnamese people. The most upsetting part of the museum to me was learning about the use of the Agent Orange chemical used to slow down the evolution and drastically weaken the Liberation movement of the North Vietnamese. The chemical was so harmful that it destroyed much of Vietnam’s naturally beautiful landscape and poisoned many of the people, impacting multiple generations with abnormalities and severe health issues. The land and people are still dealing with the affects of Agent Orange, and will continue to do so for generations to come. In my opinion, it’s one sin to negatively impact the present people, but to also create a way to try and stop its evolution and make the cruel impact last indefinitely is on the border line of evil.

Reading about the struggles during the war, and the cruel and inhumane practices that took place was eye-opening. Although I had learned a decent deal about the horror of the Vietnam War from my parents and history classes, I never truly understood it or felt impacted by its cruelty until that museum. Seeing the war from the Vietnamese perspective was not only fascinating but I think very important.

Before judging an event or situation by one perspective of facts and stories, we can’t forget to take a look at the view from the other side. The feelings you develop and lessons you learn by looking at it from the other perspective will bring you that much closer to the whole truth.

Aside from the Remnants Museum, we also explored the Reunification Palace, which was home to the South Vietnamese president during the Vietnam War. It was here that many meetings with U.S. officials took place in a mission to destroy the liberation movement of North Vietnam. The architecture of the building itself was remarkable as it was an array of empty, open halls and a modern yet Eastern influenced design. The rooms were simple in design yet intricate in decoration, with wall pieces and furniture pieces representing the colors and intricacies of the eastern style. It was interesting to read about each room and the important war-related events during the 60s and 70s that went down in them.

When we weren’t learning about the past, we were wandering around modern Ho Chi Minh city. To keep it concise, our experience can be characterized by endless small alleyways of spas and restaurants, cheap “Saigon” beer, lots of Pho and an off-the-path local DJ club that gave us a whole night of hip hop music and breakdancers. Definitely a diverse city and incredibly unique experience I’m so thankful to have had.