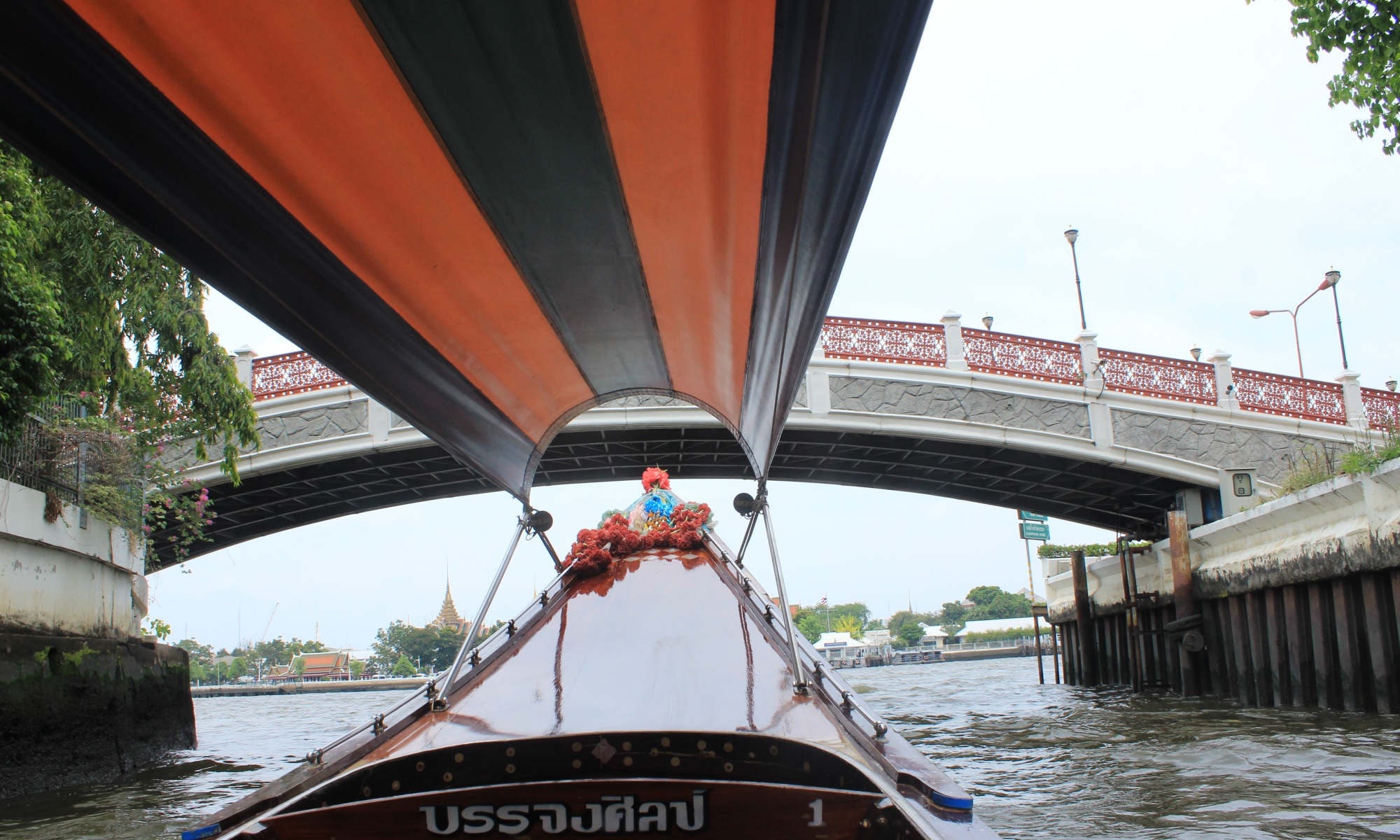 This being the first time I’ve entered a non-Westernized country, I came to Southeast Asia with little little knowledge of what to actually expect but with an open mind to the new culture and customs I am now already learning so much about. Landing in Bangkok first made it a bit of a shock but adapting to the chaos has happened surprisingly quickly.

Bangkok was full of new cultural experiences. Just walking down the street was an adventure. I spent  lot of time just browsing the endless number of street vendors and buildings that looked as if they were thrown on top of each other. I wouldn’t call it pretty but it was fascinating. To experience for the first time a culture without many rules and regulations but with a lot of stuff and a lot of people has been extremely eye-opening.

Although only in Bangkok for one night, I was able to see many of the famous temples and landmarks, such as the King’s Palace, thanks to my tuk tuk driver I found walking aimlessly down the street with my partner, James. He led us to all the main attractions for really cheap and we even ended up booking the rest of our week and a half in Thailand with the tourist agency he insisted we book with to get a discount. Still don’t know how we got pushed into that one but the accommodation has been nice so far and it wasn’t a bad price so I’m ok with it. Plus he also got us a bit of discount on a boat tour through the Bangkok canals which gave us a closer look at the local culture and the floating markets. Guess one thing just leads to another here in SE Asia.

Since Bangkok, we’ve been exploring the region known as Krabi, and staying by the beach in Ao Nang. Krabi seems to have so much variety from majestic temples to emerald pools to beaches with beautiful views of the large rock formations that stick out of the water all around here. Of course I had to go check out the highly talked about and photographed Phi Phi Islands so we joined a boat tour, and got to see all the places I’ve seen so many pictures of. Riding around to Maya Bay and other bay areas surrounded by tall, wide mountain-like rocks and the green-blue water, I was thinking how I was finally experiencing the beautiful Thailand I had in my mind for so long. It definitely met my expectations and also gave me a new look at what these islands are all about. Infested with tourists, yes, but cherished by locals and striking to anyone who is fortunate enough to experience them, big yes.

Today was maybe the biggest adventure I’ve had so far  here because it wasn’t made possible from a booked tour or a “top things to see” post on the Internet but rather from  word-of-mouth, a desire to be adventurous, and some helpful Thai people. In just about half an hour James and I went from lying on the bed in our guesthouse to riding around Krabi on a motorbike looking for the “Tiger Temple” everyone at our last hostel was talking about. It was such a thrill, but also a bit nerve-wracking at first, hopping on the back of the motorbike and taking off to some unknown destination in this chaotic land. Our very friendly receptionist drew a map for us but because all the road signs are in Thai and directions never end up being quite as detailed as I need them to be, we ended up taking several wrong turns and asking several Thai people for clarification along the way. But alas, we made it to Wat Tham Suea (Tiger Cave Temple). We walked 1,237 steps and sweated the whole way up but once we made it, we were so glad we did. Not only was the view over the Krabi region stunning, but there was also an extremely peaceful and magical feeling being that far up with the big Buddha next to me. The scene reminded me of how the Buddhist culture is portrayed in movies – a far away, magical temple surrounded by a striking landscape. I find myself becoming more and more intrigued by the Buddhist religion the more I encounter the Buddha. It seems this new cultural discovery is already having an affect on me.

In just a few days, I’ve already opened my mind up to a completely alternative way of living than what I am used to and have started adapting to the everyday customs that the Thai people practice. I have gotten better at interacting with them, for one, because I have a better understanding of how they communicate. But I also have observed so much of their daily life. From the food markets to the taxis, I am being exposed to so many different ways of doing things and that itself is priceless.